Going on a bicycle as much as I can, unfortunately, I can’t cycle on water, therefore in some special circumstances, I still have to use other transportation means.

The view from an airplane shows you a perfect world, the small cars all going their pattern, all the perfectly aligned lights.  It seems to be a world that does not contain anything harmful, it shows as everything good is going on, you would never think people would be killing each, being in wars, doing abuse and commit a crime, in such a beautiful, round world.
Maybe this is also the vision of “god”, everything appears perfect to him, that’s why he does not intervene.
Maybe his sight degraded with time, as did mine.

THE LESS EDUCATION THE MORE DEGRADATION;

It’s independence day, a big celebration in the Dominican capital because it’s more than one century since the separation from Haiti.
Carnival shows and army parade are organized: helicopters, airplanes, fireworks; All that money spent—a euphemism, to not say wasted—for fun, could be used in social, education and health care. Here they really need these last three things.

I walk, as always, in a historical area, it’s inside the ‘Zona colonial’, which is one of the few safe areas here, that’s why I discretely take out my device to record an old woman sleeping in the street. Unfortunately many, old and young, sleep in the streets in this country.
I walk few hundred meters, suddenly, I am pushed and pulled from a group of about five or six teenagers, they are trying to steal my phone. I defend myself holding the hand of one boy.
I am quite unprepared, I didn’t expect it to happen right there, but I do manage to put one hand in my pocket to protect the smartphone and keep them away with my legs.
I try to talk to them, attempting to calm down the situation, telling that I could give them some money but I really need the phone and I can’t afford to lose it.
They don’t really listen and attempt to punch me, I shout to attract the attention of nearby people, it’s a central area and there are cars passing by, but nobody helps. 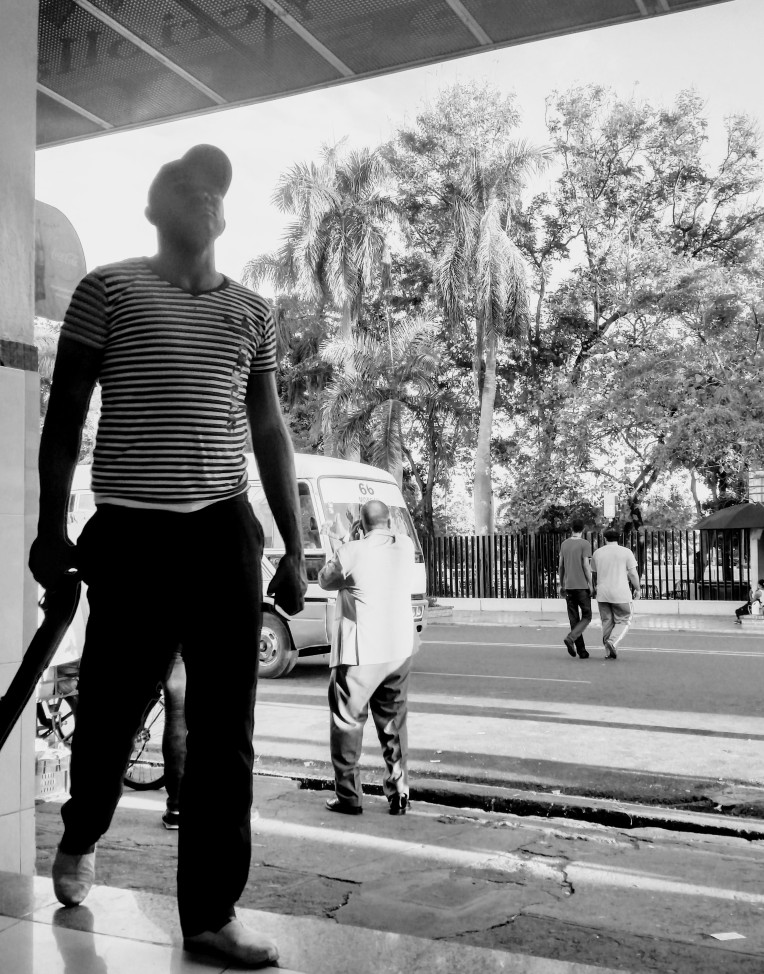 After short, I see a man with a gun pointing straight to my face as he would fire, I put my hands up, trying to calm him down. I notice the boys starting to run away; I see a policeman in uniform taking his gun and pointing at those kids; I tell him not to fire.
I find out that the first man with the gun was a policeman too, the touristic police station “Cestur” was just in front of me.
My shirt is broken, my arm bleeds but nothing was stolen. I thank the police and I go to do the report.
I meet ‘el Coronel’, I tell him what I think: “I appreciate your work; all this happened not because there is not enough police: we need here less punishment and more education for the kids”.
He tells me to come back the day after, I don’t know why.

To avoid any risk, from now on I put the phone in my underwear. This created the situation where I thought I lost my phone and was searching for it for hours, while it so was deep in my pants that I had forgotten about it. 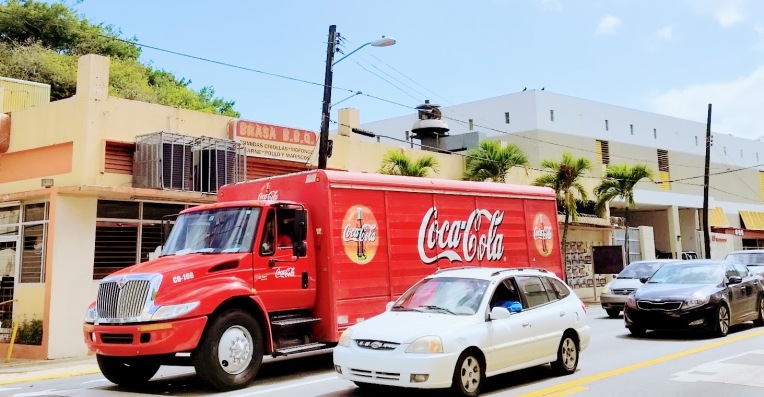 DIFFERENCES BETWEEN THE CARIBBEAN’S COUNTRIES AND THE USA

How different is the Dominican Republic and Puerto Rico?

Long traveling still didn’t make me master politics about all the countries: before arriving in San Juan, I actually didn’t even know it was part of US, I discovered it when I had to make my travel documents.

Among the Puerto Ricans, there is a strong feeling of being independent of USA, for sure the more politically involved ones have it, but at the same time, after 100 years of Politically  belonging to the US, there are many North American habits that are so strong now in PR that I would be really curious to know if Puerto-Ricans could get rid of it. Things such as driving with big cars, consumeristic mentality, and money based society.

Consequently, I wonder how Puerto Rico would have been without the US, or, how would the Dominican Republic have been now belonging to the US?
Anyhow the US still comes here to suck resources, with Coca Cola, McDonald’s and various other multinational.

I GET ROBBED IN THE WEALTHIEST COUNTRIES

As you have read above, I was assaulted in the Dominican Republic but ultimately, nobody stole anything from me.

Do you want to know where I did get my stuff stolen?
I got stolen in the richest places of the world: Copenhagen and Helsinki.
In two different situations, my bag was stolen, in Copenhagen, it was taken away from between my feet!
But this is another story…

So, what about you? Where have you got robbed?
Share your story!

This site uses Akismet to reduce spam. Learn how your comment data is processed.